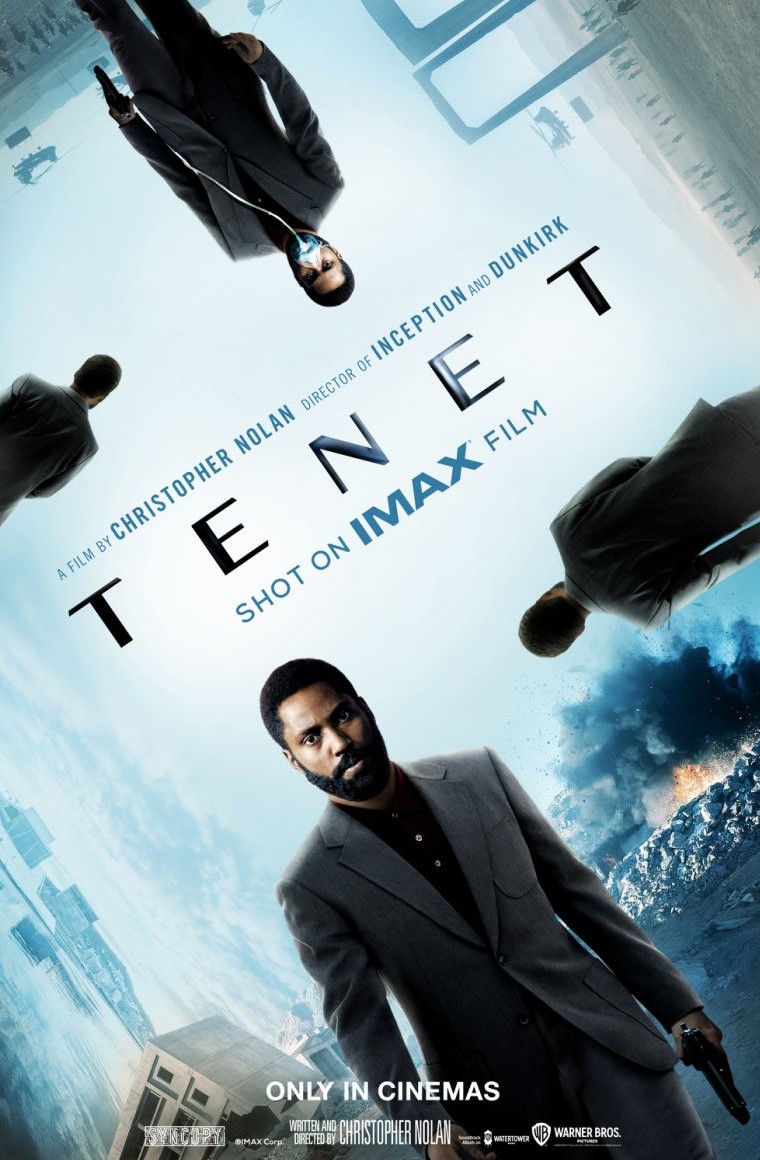 A friend of mine suggested an interesting notion for Christopher Nolan to consider: What about just writing the screenplay and leaving the artistic decisions to a different director?

Would the never-ending 150 minutes go by faster? Would the main characters possess a heart and earn viewer empathy? Finally, would Nolan’s astounding time warp perplexities include a dash of much needed humor?

Don’t get me wrong, Nolan deserves accolades for his mark on cinema, especially for his state of the art manipulation of timescapes, his relationship with the most popular film composer on the planet (you should already know who this is), and his bravery for preferring celluloid over digital filmmaking.

Because he added a believable and endearing father/daughter relationship to his spherical wormhole plot, Interstellar (2014) is one of the best movies I have ever seen. Because he defied the campy superhero trope most MCU cash grabs are born for, The Dark Knight (2008) is another favorite of mine.

I would say Tenet lines up with the Inception problem: It’s cold, overindulged in its own exposition, and goes on forever. And, like the Dunkirk problem, Nolan moves his characters around like pawns on his celluloid chessboard and positions any fleshed-out humanity into checkmate.

(It’s also a twist of the knife that Hans Zimmer chose to score Denis Villeneuve’s Dune instead.)

There isn’t a point in trying to explain the plot because the plot is about trying to explain its time-defying self over trying to find a character to root for. And, if a dash of humor could make the process a little more entertaining, you won’t find it here. Who knew toying with time could be such a drag!

Despite my harsh criticism of Tenet’s overall being, it isn’t a bad movie. It’s just not an enjoyable one, especially after being excited to see it since the pre-pandemic days and its multiple postponements.

It’s gotta be Memento (2000): Short-term memory loss to a reverse chronological design with a main character you care and root for is my cup of tea. It still holds up, and it doesn’t take itself so seriously.

I think Mr. Nolan needs to listen to one of his own creations…

Leave a Reply to The Hinoeuma Cancel reply