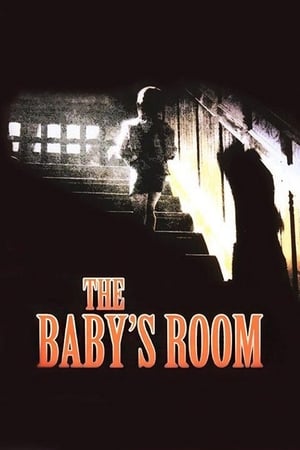 “Our house was sold five times in the last three years. Does that sound normal to you?!”

Viewings Tally: I had never seen it before, nor heard of it. It was highly recommended by my friends on Letterboxd, and I purchased it for rent via Amazon Prime.

Synopsis: Juan and Sonia arrive at a large old house, an ideal place to raise their newborn son. When, one night before going to bed, they check the operation of the monitoring device installed in the baby’s room, they discover that someone is sitting next to the crib! [Letterboxd]

Reely Bernie’s Take: As a dad of a toddler and an upcoming newborn, this was probably an unwise choice in horror movie options. However, as an avid horror fanatic, this was a welcomed scare. In 2006, The Baby’s Room was one of the six “Films to Keep You Awake” flicks on Spanish TV and re-released on DVD by Lionsgate. In its minuteness, the movie “reads” episodic, but in its Hitchcockian appeal, it is a brilliant, 80-minute vignette.

Director Iglesia uses a gritty lens to enhance the supernatural aspect, staticky noises keep your imagination flaring, and even if you don’t startle easy, this one-trick pony will kick you off your couch at least three times. Despite the lousy acting of our despicable lead, the audience is introduced to what seems like a typical young couple dealing with the anxieties of raising a newborn while losing several nights of sleep. With each creepy discovery made by the father, the movie slowly progresses from eerie to insane. Subtle touches of humor keep the story more human, believable, and appealing.

For fans of The Changeling or Poltergeist, this is a must!

Final Score: 3.5 baby video monitors from hell out of 5

For rent on Amazon Prime.