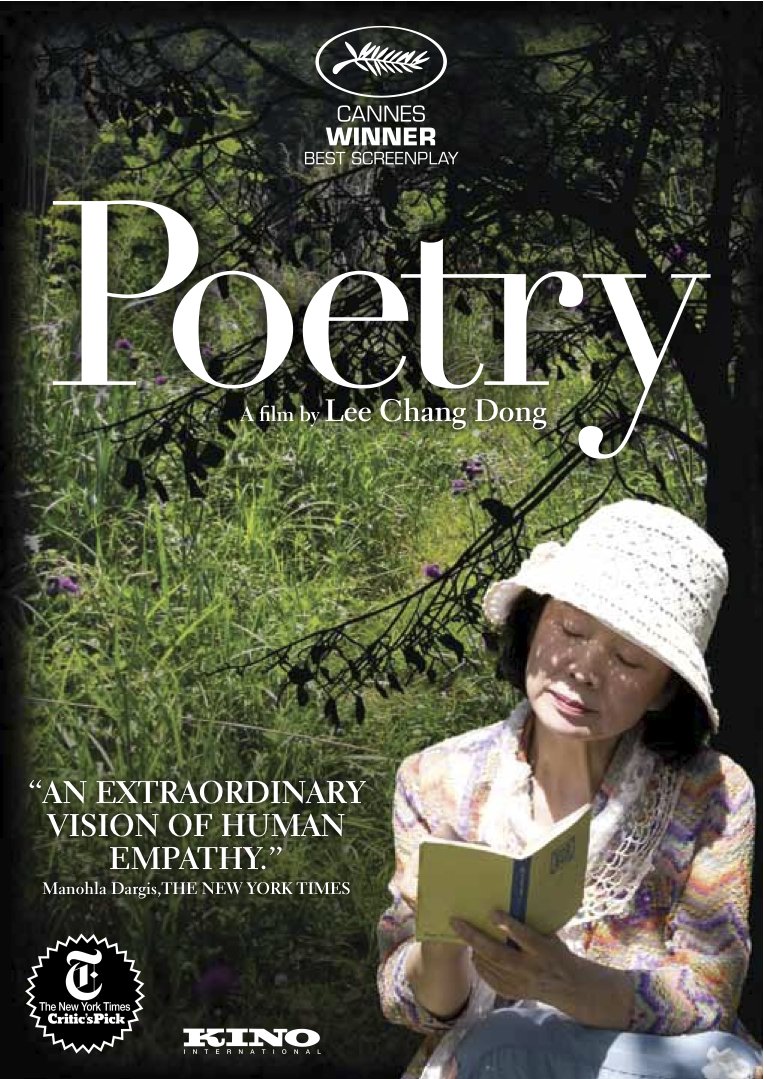 A Gleam of Light in a Very Dark Place

It is far easier to appreciate this treasure of a movie than to recommend it. Poetry (2010) is two and a half hours long, you probably haven’t heard of any of the actors or actresses, and the plot weaves through issues of rape, dying, and loneliness. These are not the greatest of selling points, but the viewer’s challenging journey is redeemed by an enthralling ending and a quiet, pensive [PAUSE] on the remote during the credits.

There is a grace in the silence.

Yang Mija (Jeong-hie Yun), a 66-year-old housemaid, has just learned that her grandson is involved in a horrific crime involving the rape of a young girl and her subsequent suicide. The fathers of the boys who were also involved in the crime want Mija to help pay “hush” money to the victim’s mother. On top of all of this, the early stages of Alzheimer’s are steadily creeping in. It’s a grim setup for both Mija and the viewer, and one wonders what glimmer of hope is left in the world.

Thankfully, Mija finds some solace in a poetry class she joins on a whim. “To write poetry,” her instructor advises, “you must see well.” Later, he explains that poetry is about “discovering beauty in everything we see.” This sounds nearly impossible in Mija’s situation, but that is the movie’s test and overall theme: finding art in suffering.

Yun’s performance of Mija is graceful, mysterious, and sometimes disconcerting. With memories of simple nouns and vowels escaping her and dire realities overwhelming her, Mija communicates best through body language. Just watch her reaction when the misogynistic fathers ask her for money. More significant, watch her facial expressions transform as she speaks to the victim’s mother in the climax of the movie. It is fascinating and frustrating trying to read her initial thoughts, but Director Chang-dong Lee‘s movie isn’t about finding conventional answers at all.

Lee seems obsessed with the inexplicable and images of contrary emotion. How can the beautiful, peaceful river we see in the opening shot also take in the ghastly sight of a dead body floating along the current?

Poetry is certainly a gem of a movie, but only for a mature, well-seasoned moviegoer who is willing to take the rough ride.

Please let me know if you have seen this!