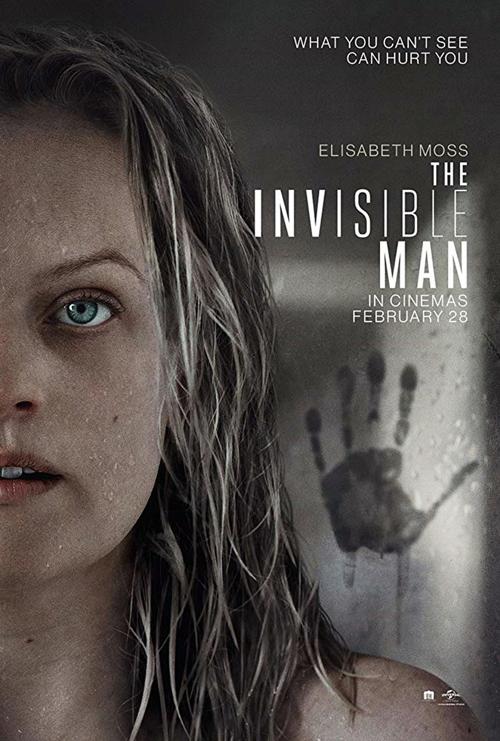 Ugh, what a year.

I’m finally compiling the movies I enjoyed from 2020, and I find myself laughing at the horror of it all. It wasn’t a bad year in film, but it wasn’t all that great either. The year in general ended with a silver lining, as my wife and I welcomed a healthy baby daughter in December, and you couldn’t ask for more.

Regarding movies, the only one on my list that I actually saw in the theatre remains my #1 because it is such a brilliant genre twister, and it marks a nostalgic moment when life was innocent and free of anything “pandemic,” “masks,” or fear. (I preferred the manufactured fear I experienced from the screen instead.)

So, without further ado, here are my Top Ten favorites from the infamous year of 2020:

10. Sound of Metal (technically a 2019 feature, but its wide release came a year later)

Surface level compared to The Diving Bell and the Butterfly (2007) and The Wrestler (2008) but immersive and organically empathetic nonetheless. The sound design is groundbreaking, but the dialogue is rudimentary and all too familiar in the trope of an “acceptance” movie. I went back and forth on this one, yet the performances (especially Riz Ahmed) drew me into that phenomenal ending. What makes this one stand out from all the other conventional addict narratives is its quasi-documentary perspective – an observant take on developing acceptance in both literal and metaphoric deafness and disability. That ending…wow.

Kelly Reichardt is my favorite female American director, and not seeing Old Joy (2006), Wendy and Lucy (2008), or Meek’s Cutoff (2010) is a disservice to your movie viewing experience. She has the hiker’s knowledge of the American Northwest and all the shadows and ambience that come with it. Most of her movies follow the quintessential drifter to the tempo of a slow-to-the-draw western.

The tempo might not be for everyone, but Reichardt’s luscious visions draw you in like museum paintings, and you want to get closer.

From forest scavenging, to building a fire, to fireside conversation, to milking a cow – these are the essentials of the plot. Yet, within the first 15 minutes, you realize Reichardt is going for sensation over linear narrative.

Be patient and enjoy the peaceful Oregonian backcountry. The characters do their work next.

Minari is a beautiful and somewhat challenging portrayal of the American immigration story and the cultural dissonance and hesitant consonance that come with it.

It can’t be easy being from South Korea and initiating a homelife in America, let alone on a farm in Arkansas. Can you even imagine that? Set in the 80s, the lack of cellphones enhances the isolation and the arduous lifestyle of trying to create your own dream but also relying on the local help.

I admire the film’s ability to avoid pushing overly sentimental buttons, making statements, or over reflecting. In a way, it is a memory without opinion, and it works for the most part. The ending felt a little rushed and too tidy, and I found myself yearning for more. However, there are real struggles here, and comparisons can be made to the 80s American immigration story in In America (2002), where work ethic, family values, and heart conditions are confronted with empathy and quiet grace.

Nothing original but certainly one of 2020’s best and absolutely gorgeous to look at.

Captivating storybook images and an enchanting score draw you in, but the oddball Irish tale is so unpredictable, you stay for more regardless of its charm. What a pleasant surprise this was for me. I thought it was the most captivating animated movie of the year both in character perspective and stunning visuals (I enjoyed Soul, but I don’t recall it as much as this one). This is the imagination of a child who wanders into the dark woods and doesn’t know what she’s looking for, and that’s why it’s so alluring: The journey is about going back for more, even if it’s against the rules.

6. One Night in Miami

I eat historically fictional celluloid like this as much as I can (it was filmed on digital, so try to enjoy the pun), and Regina King’s celebration of Kemp Powers’ stage play successfully brings to light the inquisitive possibilities of four prominent black men in one room in 1964. I doubt these men talked as long or as much as they did in real life, but I truly believe they knew how urgent it was to be responsible, accountable, and inspiring in their skin.

Malcolm is gentler here yet still ferociously didactic, reasonable questions are asked about the commitment of becoming a Muslim, vanilla ice cream is consumed, music and sports are discussed as platforms for empowerment and double standards, and racism is all too foreboding. If anything, all four stellar performances shed hope on “the struggle” to be black. That was in 1964. Some things have changed. Some things have not.

I believe this is just as poignant on the screen as it must have been on the stage.

This is what true horror is all about – ominous, brooding, and reliant on the viewer’s imagination more than handout shock “value.” This is the movie that searches for what literally and metaphorically lurks in the closet in a room and the room within that closet. From point A to Z, the entire movie makes sense upon completion, but the journey is heart-pounding and even frustrating, and only until the denouement do you realize the aggravation is exactly the point. I don’t want to give anything away, but each symbol, action, and crawl through a hole in a wall fulfills a metaphor on grief and the relief that comes with accepting that grief. This is 2020’s Babadook (2014).

At some point, we all have to go back to that old, decrepit home we grew up in, walk up the stairs, and open that back closet door we knew to fear as children. It’s just as scary as adults…

The living off the grid scenario is meant for the movies, but now that climate change, political disarray, and a pandemic have taken hold, off the grid seems more urgent and possible than ever. Nomadland reflects the tone and message of living on the “houseless” road, much like The Gleaners and I (2000), Off the Map (2003), and Into the Wild (2007).

Unlike these three gems, Nomadland has Frances McDormand, who quite possibly outshines all of her previous roles, including the ones that earned her a statue. Frances is simply grace embodied, a wanderer among just as many desert landscapes as fellow wanderers. With faces of hardened leather and souls just as hard, these people really do exist, and this movie introduces us to their admirable and brave culture.

Part 2 of this two-part documentary series on ESPN starts off with Lance saying, “I am relevant,” and my theory of hubris personified is kindled. Then, a new theory evolves:

Lance was and still is an addict – an addict to winning, fame, celebrity, and survival.

Some may say there’s nothing wrong with that, but are they being completely honest, missing the truth, or lying to themselves?

In order to maintain his compulsive, psychological needs, Lance cheated, lied, and backstabbed, and, to this day, displays very little remorse or empathy for his immoral actions.

The other cyclists who were caught doping and suffered a conscience really suffered. Lance (aka “Lance, Inc.”) never suffered nor suffers to this day. To me, that makes him more a loser of morality than a loser of sport, and the ending of this most recent documentation on Lance’s career and life confirms this. I’m really not sure why he wanted to reestablish himself to the world (again) only to remain apathetic.

Relapse is my only explanation.

Truth be told, it is fascinating to witness. Lance Armstrong remains my favorite polemic subject to follow.

“In hindsight, cycling and cancer should have been kept separate.”

Bronson and Eastwood perfected vigilante justice in the 70s, Schwarzenegger rocked the paybacks with one liners in the 80s, Willis made Zed dead in the 90s, Uma killed Bill in the 2000s, Samuel L. got some off a Confederate general’s son in the 2010s, and now Cassie masters it on Al Monroe in Promising Young Woman.

This is a revenge movie.

And, it is a very good one.

More importantly, it is a Me Too statement with justice you only see in the movies.

Every minute is deliberate and pristinely executed, and I didn’t want it to end, but, boy, what an ending.

Tarantino would be proud of this.

This movie marks the first time I have ever yelled, “Oh my God!” out loud in a movie theatre. It was in March right before the pandemic hit.

(And, to those who saw this gem: It was the fine dining restaurant scene that made me scream.)

This public gasp is a compliment.

Never have I seen such a thriller/sci-fi hybrid masterfully blend the fantastical with the tangible. This is such a rare feat because there’s actually little suspension of disbelief, despite the fact that we’re dealing with an invincible man suit! Before all of the big reveals, the movie pushes Me Too overtones, dabbles in the paranormal, punches the thriller button, and then caps off with sci-fi explanations that somehow keep the viewer convinced as much as entertained. I was on edge the entire time, and such a shoulder-to-stranger shoulder experience in a dark movie theatre is now history as I write this.

I have hope things will get better.

I know they will.