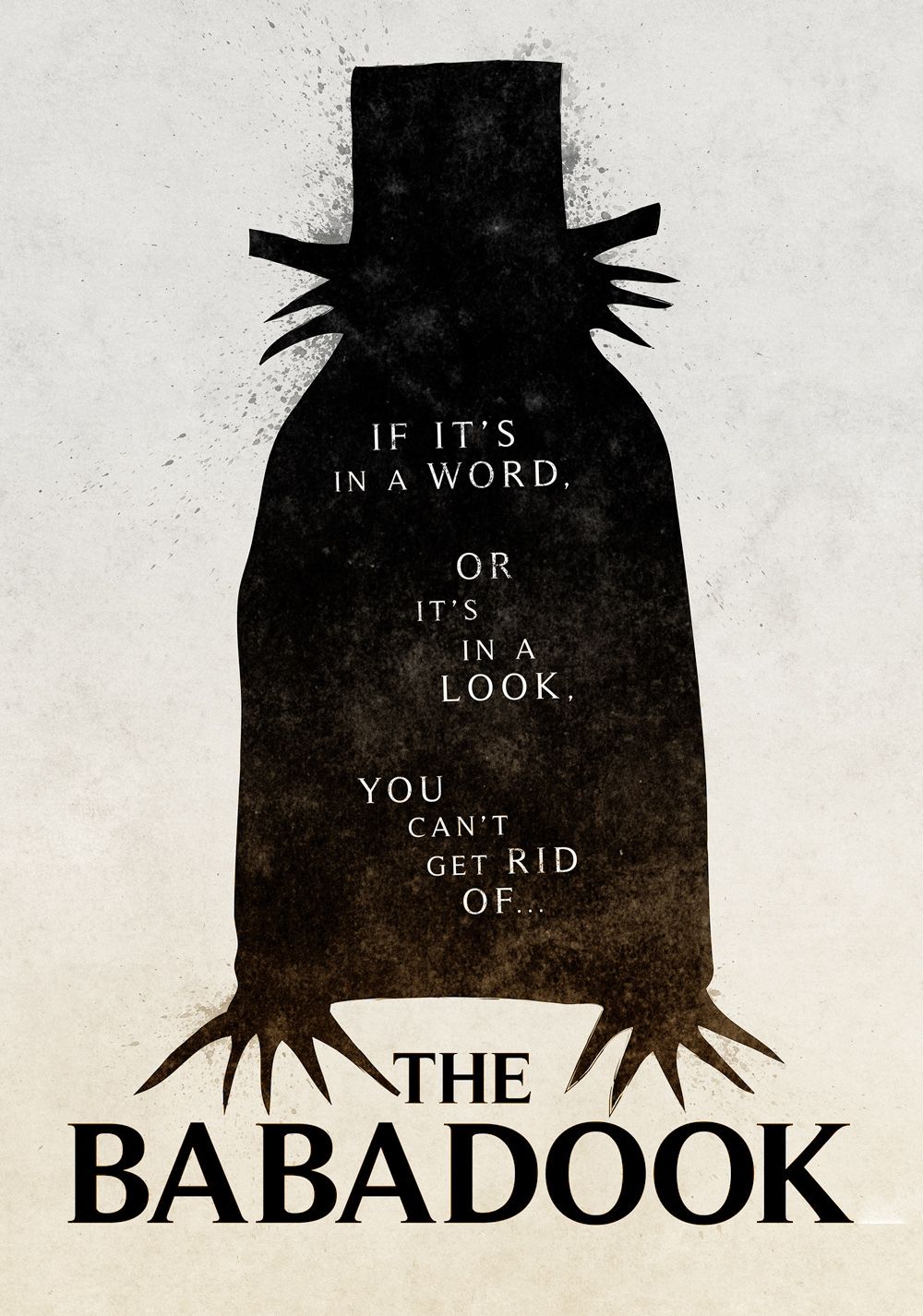 An insecure single mother and her erratic son read a random bedtime story for children and quickly find out the book has invited a third presence in their dark, lonely home. Claustrophobic, remorseless, and brutal even to the innocent, Australian Director Jennifer Kent’s expressionistic creation doesn’t let up.

All places of comfort – a mother’s protection, the shelter under the sheets, and the denial behind closed eyes – are exploited by The Babadook, a supernatural and metaphorical phenomenon that confronts grief after death.

This is my third viewing of this horrific masterpiece, and I am convinced more and more that it is the best horror film of the last decade.

The death of a loved one. The years of trauma afterward. Insomnia despite previous nights of insomnia.

The unrelenting violent behavior of a child acting out. A single mother barely afloat, barely sane, hoping a bedtime story will put him to sleep.

The story chills to the bone and keeps them both up at night.

Then, as sleep finally kicks in, metal scraping sounds come from the ceiling above and thunderous pounding from the doors below.

Is this emotional grief from within, or is it tangible, raw grief clawing its way inside?

The Babadook is truly what horror – psychological and mythically monstrous – is all about. The themes are so personal and dismally real that I had to replace it with a more brainless, campier flick for my annual “Horror Night at Bernie’s” with friends and family. (So glad I watched this again beforehand – my brother-in-law wouldn’t last.)

My first viewing of Relic (2020) this year reminded me of The Babadook. Both dabble in what seems to be a new trend in haunting the viewer from under the bed with a tangible creature or an imperceptible metaphor for despair. The faint line between what is real and what is symbolic is just as terrifying as the final reveal:

The Babadook stabs on a psychological, emotional, spiritual, and even physical level. Essie Davis’s heartrending performance as a mother in torment makes Toni Colette’s role in Hereditary (2018) seem like a Disney movie. This thing is real, relatable, and not forced like an Ari Aster flick. It stays with you right before bed and right when you wake up. This is my kind of horror film.

Final Score: 5 top-hatted boogeymen under the bed (or in your head) out of 5

All good things must come to an end. I started the “Reely Bernie Horror Fest” on September 15th, and I’m sad to see the season and spooks go back to their graves. It was a lot of fun, and I really appreciate the upbeat conversations that came with it. Contrary to popular belief, horror fans are polite, passionate, and eager to connect the darkness to the nostalgia and smiles that come with it.

Until next Halloween, enjoy the full moon and keep watching those horror movies!

PS The film I’m showing in place of The Babadook is It Follows, another extraordinary horror film from 2014. It’s a bit more conducive to an annual, friends-and-family horror night gathering. For those who seek the darker side, invite The Babadook into your home (if you dare).