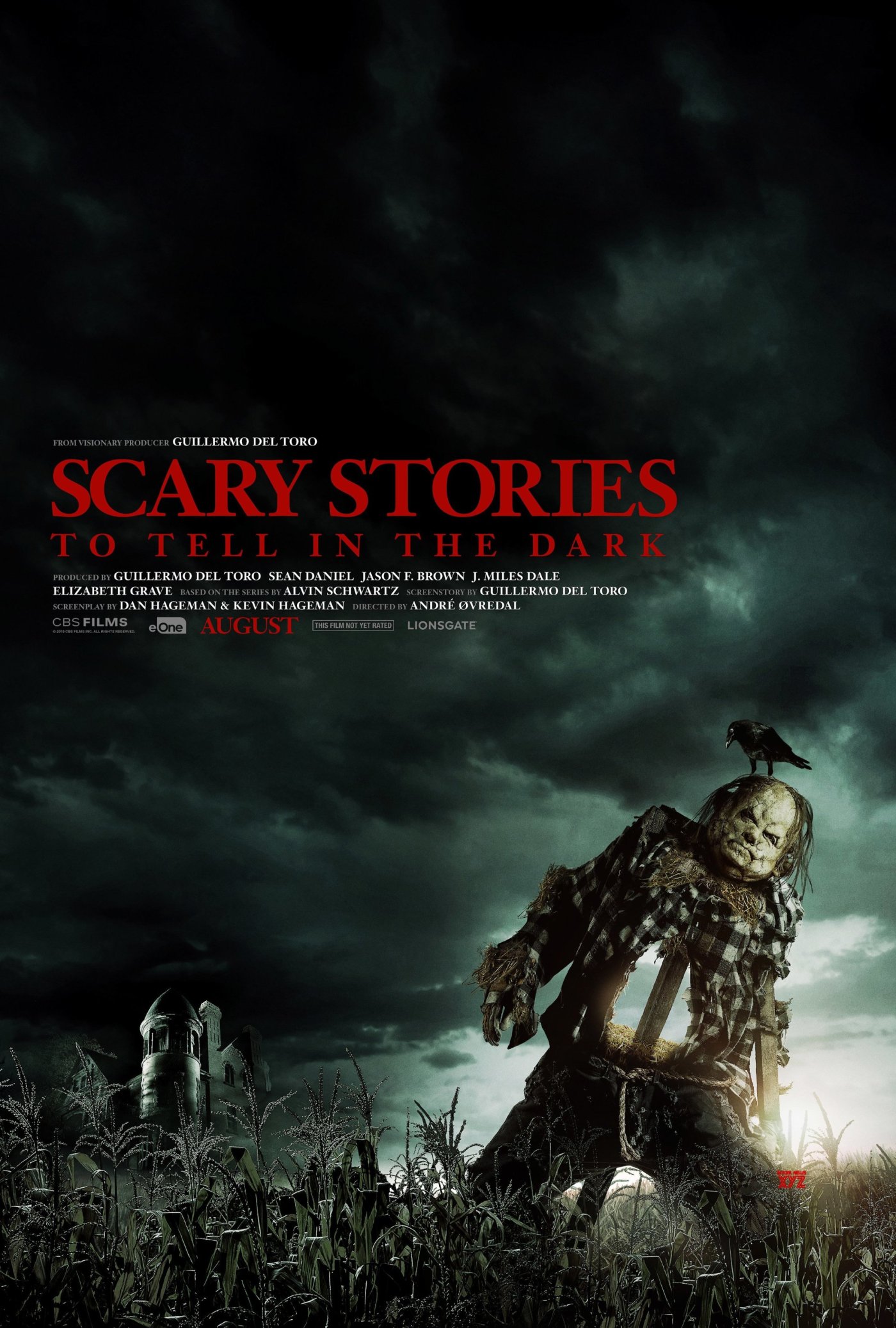 With a few exceptions, I normally save all my horror films – both old and new – for the month of October. It’s my 31-day tradition of basking in the radiant autumn leaves and getting plain old spooked. After an enjoyable, albeit meeting-filled and arduous week back in school as a high school music teacher, I needed an escape, and this recently released horror movie was a sufficient get away.

Call it an amplified Goosebumps or a “Creepshow (1982) for millennials,” Scary Stories to Tell in the Dark fulfills its purpose as campy horror fare with plenty of annoying teenagers just begging for (and earning) the next spot on the gruesome victim list. Other than a copout ending, this one properly feeds on its genre tropes and provides a sickly twisted vision from its director.

Set in rural 1968 America, a drifter, Ramon Rodriguez (Michael Garza), shares his car at the drive-in as a hideaway for Stella (Zoe Margaret Colletti), and her numbskull friends, Auggie (Gabriel Rush) and Chuck (Austin Zajur). The local town bullies are on their trail, and the chase leads them to an abandoned haunted house where the newly formed “Goonie wannabes” find a dusty old book behind a trapdoor. Apparently, the book belonged to Sarah Bellows, a mysterious outcast of the town in the early 1800s. She still has the dark power to write ghost stories, and within hours, these stories start coming to life for each character. One by one, episode after episode, the teens face a new monster, and they get scarier and scarier.

“Scary Stories” ebbs and flows with expositional whimpers and horrific punches. Norwegian Director André Øvredal, who bestowed us with the remarkable pseudo monster documentary, Trollhunter, in 2010, has a gift for visual interpretation. His creatures crawl, limp, bone crack, and moan creepily enough to stay in your memory before you go to bed at night. This is a good thing if you’re a horror fan like myself. Unfortunately, the ending wraps things up too neatly for the sole purpose of making a sequel, but I’ll end up seeing the sequel, so I guess this is a good thing.

We have 50 days until October. This movie and the upcoming IT Chapter Two should hold me over until the real horrors begin!

Below is my developing list of horror movies to watch in October, ’19. I like to revisit some of my personal favorites while trying new recommendations from my blogging and letterboxd friends (https://www.letterboxd.com/berno1206/). Please feel free to add yours!

10 thoughts on ““Scary Stories” a Decent Prelude to October”