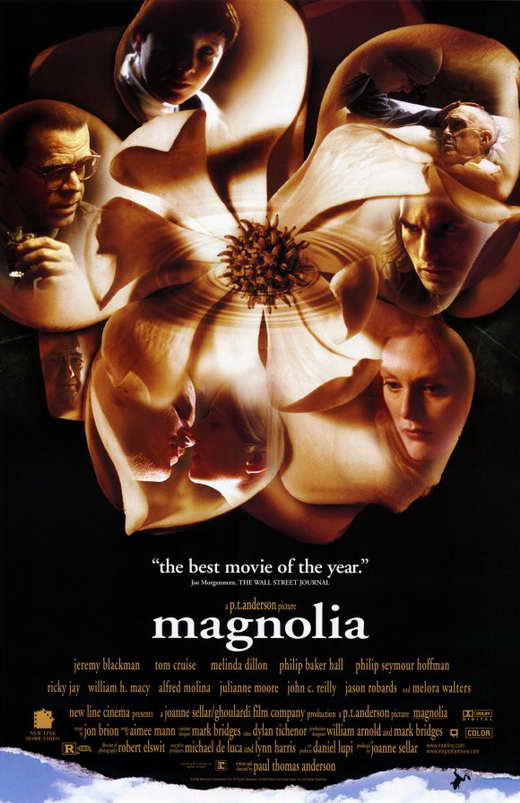 As much as I want to discuss the ending to Magnolia, I am also ecstatic for the human being who has yet to see this remarkable film (and that extraordinary ending).

I promise I am not giving anything away when I say that the ending has a lot to do with what is happening to our world today.

After seeing this movie several times in the theatre when it came out in 1999, and recommending it to friends and Blockbuster Video customers the next summer, I was encountered by the same sentiment and question:

“I really liked it, but what was up with the ending?”

The best way I could explain it back then and today is through this simple joke my dad would tell me when I was a kid:

How do you make God laugh?

As the Coronavirus continues to spread throughout the world and each day collects historical relevance, I think of this joke often.

How many plans did we make before schools closed, restaurants and businesses shut down, and the world embraced social distancing?

To me, Magnolia is all about making plans, specifically plans that mute or bury the fervent clenching of the past. Following the intertwining vignettes of nine major characters, we come to realize that their small world is actually just as big as our own.

Filmmaker Paul Thomas Anderson creates his little world on Magnolia Boulevard in Burbank, California, where his characters meet through mediascapes, happenstance, or bloodline. They are haunted by the pseudonymous “Book” quote, “We may be through with the past, but the past isn’t through with us.”

The character montage is too vast to summarize, and it’s brilliantly abridged in the trailer and opening scene, so I’ll spare you the complexities. What’s most important is that by the end of the movie, you realize it is all about forgiveness and reconciliation. There are no clean answers, resolutions, or amends because that’s exactly when the ending takes place – an ending that reminds us the world is much bigger than our own.

Magnolia remains one of my favorite movies of all time, and even though it is long and borderline pretentious, I believe those are the required elements for filmmaking audacity, especially in 1999 when movies were bursting with originality (1999: The Year It All Started). Besides, with a movie like this, there is always something new to discover with each viewing, and take it from someone who has seen this gem more than a dozen times – it is worth every minute.

It is worth every solemnly bowed phrase by the cello in Jon Brion’s score, every vile word that comes out of Tom Cruise’s mouth, and every example of human happenstance we see from beginning to end.

Speaking of the ending, there are actually two infamous denouements that spark conversation. Am I referring to the one that Noah Baumbach shamelessly ripped off in his Marriage Story? (I’ll give you a hint: Aimee Mann is involved.)

Or, is it the one that kind of reminds you of what’s happening to our world today?

Stay together, peeps. We need each other now more than ever…

19 thoughts on “Magnolia: How do you make God laugh?”