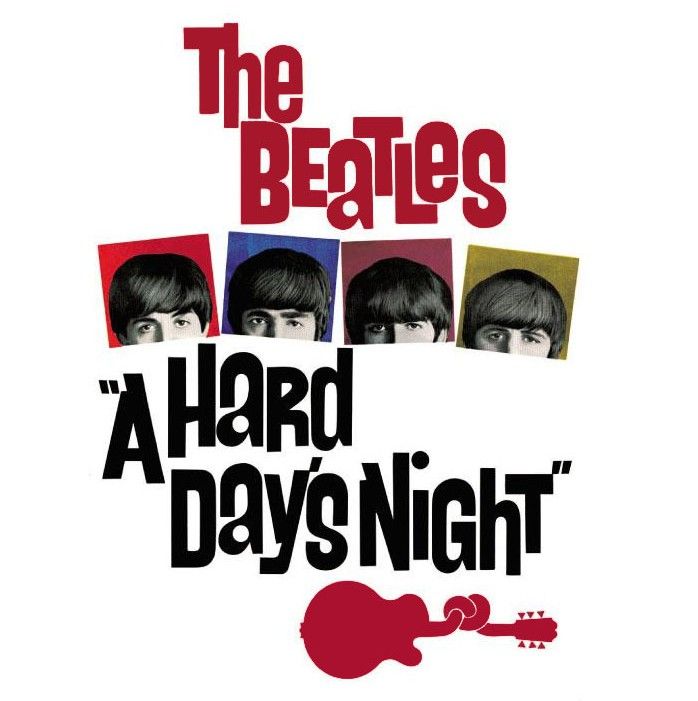 I remember the first time I saw a movie set in a place that was obviously not America. I was just a little tyke when my mom popped A Hard Day’s Night into the VCR, and I saw motor vehicles half the size of ours, policemen wearing big, black Bobby helmets, and a humble looking fellow named Ringo who said, “I’m a mocker.” He spoke with a thick, un-American accent. I was utterly bewildered. It was a completely different world called London, England, and it didn’t make any sense.

Actually, the only thing that did make sense was the music. Mom and Dad raised me on classic rock, there was a jukebox in the living room, and my go-to radio station was KOOL 105 (“Good times, great oldies”). I had heard the music of The Beatles before, and that life-affirming, introductory strum (G7sus4) made me feel comfortable. The Beatles were comfortable. And, when I saw them running through the streets of London, dodging fanatical female teenagers, I found them downright fun.

If there are two words to describe A Hard Day’s Night, they are energy and innocence. There is not a dull moment in the entire movie, and not understanding the British humor (“He’s very clean”) makes it all the more intriguing.

The Beatles were at their peak during the time and place of filming, and they knew it. They ate up snob reporter interviews with childlike obnoxiousness. They interwove a musical with a behind-the-scenes biopic and then converted that into a comedy. And, just when they got ahead of their time, Ringo pulled our heartstrings in his melancholy scene on the River Thames embankment. All of this was done in a seamless 90-minute stretch that went by too fast.

Just a few years before egos, drugs, and Yoko Onos kicked in, these were days of innocence for these talented, young chaps. There is a sense of humility in each Beatle’s grin, especially Paul, who has to take care of his crazy grandfather in between tours. George accidentally stumbles during the infamous sidewalk dash scene, John is the most rambunctious, and Ringo – well, he gets most of our empathy (and trips on George).

This all leads to one of the most jubilant grand finales in movie history – the “She Loves You” concert performance. Director Richard Lester cuts in and out of Beatle’s smiles and screaming young ladies with tears in their eyes (even Paul’s grandfather gets a cameo). It is pure virtue on the stage. No politics. No anger. No growing up.

Before the celebration of Beatlemania in the upcoming movie, Yesterday, I thought it appropriate to celebrate first this groundbreaking piece of filmmaking. Even with the black and white celluloid, 2 Beatles now gone, and the abundance of ‘60s hairdos, A Hard Day’s Night remains timeless.

Please feel free to share your memories of this incredible movie…